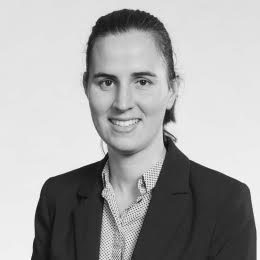 Katherine accepts briefs in all criminal, quasi-criminal and disciplinary matters

Katherine accepts briefs in all criminal, quasi-criminal and disciplinary matters. She also accepts briefs in relation to proceeds of crime and confiscations proceedings, public enquiries and coronial inquests. She does not accept direct access briefs.

Katherine regularly appears in both the summary and indictable jurisdictions in bail applications (including extradition bail), contested hearings, committals, trials, pleas and appeals.

Katherine was junior counsel for Mr Cvetanovski in the Court of Appeal and played a pivotal role in his successful bail application and appeal against conviction for serious drug offences. The Court of Appeal quashed Mr Cvetanovski’s conviction and entered a judgement of acquittal after it was discovered that the police had been making secret payments to the key witness in his case.

Katherine also specialises in written advocacy and drafting advice for criminal, sentencing and evidentiary matters, including Court of Appeal matters.

Katherine is a Senior Fellow of the University of Melbourne Law School where she teaches Advanced Evidence Law in the Law Masters Program.

Katherine graduated from the University of Canberra in 2012 with a Bachelor of Forensic Studies and First Class Honours in Law. Katherine was the recipient of the ACT Women’s Lawyers Prize for being the top female law graduate.

To get in touch with Katherine Farrell | or for more information please contact the Clerk on: