Recently, Carmen Currie appeared before the Full Court of the High Court in

Court of Victoria, which allowed appeals from the orders of the primary judge

permanently staying prosecutions of the appellants for offences contrary to the

to being charged with those offences, each of the appellants had been

compulsorily examined by the Australian Crime Commission (“the ACC”).

(Cth), and therefore in unlawful violation of each appellant’s common law right

to silence, that the prosecutions should be stayed.

allowing the appeals, setting aside the orders of the Court of Appeal of Supreme

Court of Victoria and ordered that the appeal to that Court be dismissed. 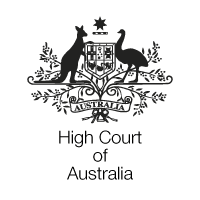