Legislation came in force on 1 July 2018 that prevents a party terminating a contract under an insolvency clause, also known as an “ipso facto” clause if the other party is a company and has a receiver appointed or is placed into administration.

Much has been written about the legislation.  However, one of the most significant barriers to the reconstruction of an insolvent or financially distressed business, particularly a retail shop, is to secure tenure of leased premises after the reconstruction.

This note aims to:

1.              show that the new legislation removes some, but not all, of the hurdles that face a tenant trying to implement an insolvent reconstruction when faced with a hostile landlord;   and

Imagine tenant, ABC Pty Ltd, who runs three restaurants.  Two of them are not profitable, but one of them is.  Although the profitable restaurant has kept the company afloat for some time, the debts of the other two restaurants have weighed down the company and it is now insolvent.

In order to avoid trading whilst insolvent, Craig, the director and shareholder of ABC Pty Ltd, appoints an administrator.  Craig then purchases the successful restaurant business from the administrator and asks the landlord’s consent to assign the lease for that restaurant from ABC Pty Ltd to a new company that he has incorporated, XYZ Pty Ltd.

However, the landlord reacts badly and:

2.              states that he will not consent to the assignment of the lease to an entity associated with Craig.

Craig suspects that the landlord wants to take control of the successful restaurant and sell if for his own profit, but Craig cannot prove it.

Consequently, in order to successfully take over the lease from ABC Pty Ltd, Craig and XYZ Pty Ltd need to:

2.              show that the landlord is wrongly withholding consent to the assignment of the lease to XYZ Pty Ltd.

1.              recent authority suggests that termination under an insolvency clause is not a forfeiture, so may not be amenable to relief from forfeiture, although the issue is not resolved at appeal level (see here; see also Sky Communications Aust Pty Ltd v 38 Pacific DR Pty Ltd [2018] VCAT 781);  and

2.              the tenant’s insolvency is usually a defence to an application for relief from forfeiture, so Craig will need to show that XYZ Pty Ltd is solvent and will be able to comply with the obligations in the lease.

To obtain an order that the landlord is wrongly withholding consent to an assignment of a lease, the tenant needs to show that the landlord does not have a proper basis under the terms of the lease to withhold that consent.  In a lease of retail premises under the Retail Leases Act 2003 (Vic) (RLA 2003), such as ABC Pty Ltd’s lease, the landlord may without its consent to assignment if the landlord considers that the proposed assignees does not have the financial resources or business experience to meet the obligations under the lease (see s 60(b) of the RLA 2003).  Similar restrictions appear in many commercial leases.

XYZ Pty Ltd may have trouble showing the Tribunal that it has sufficient experience and resources to meet the obligations under the lease given that ABC Pty Ltd was unable to do so.

Consequently, Craig’s proposed reconstruction faces significant hurdles that it must overcome if ABC Pty Ltd’s landlord is not friendly to the reconstruction.

The new ‘ipso facto’ provisions of the Corporations Act mean that a lease cannot be terminated under an insolvency clause solely because the company has been placed into administration, unless ordered by the Court (see ss 451E and 451F).  Similar provisions apply if a receiver has been appointed or if certain other insolvency events occur (see ss 415D and 415E; and see ss 434J, 434K and 434L), but these rarely occur in retail leases.

Consequently, if ABC Pty Ltd had entered into its lease on or after 1 July 2018, the landlord could not terminate the lease solely due to the appointment of administrators to ABC Pty Ltd.  As a result, Craig and XYZ Pty Ltd would not be required to seek relief from forfeiture and would not need to overcome the legal and practical barriers associated with that remedy.

However, Craig and XYZ Pty Ltd would still need to show that the landlord was wrongfully withholding consent to the assignment.

This is still a substantial hurdle, as they would need to satisfy the Tribunal that XYZ Pty Ltd has sufficient financial resources and business experience to conduct ABC Pty Ltd’s old business successfully, despite ABC Pty Ltd’s insolvency.

Practitioners involved in a reconstruction should note that:

2.              while the new legislation removes the legal hurdles associated with relief from forfeiture, the new company will (assuming that the lease is a retail premises lease, or otherwise depending on the terms of the lease) still need to show that it has the necessary experience and resources to meet its obligations under the lease.  While this saves on some argument in Court or the Tribunal, the proofs are still substantially the same.  Consequently, while the conceptual complexity of the process is reduced, there may be little or no cost saving for the assignee tenant, and as a result a reconstruction in the face of a hostile landlord remains an expensive and risky process;  and

3.              the good news for the landlords is that a well-drafted lease that gives the landlord scope to withhold consent to an assignment and s 60(b) of the RLA 2003 leave the landlord in a good position to negotiate better security or other protections if the tenant requests consent to assignment to effect an insolvent reconstruction. 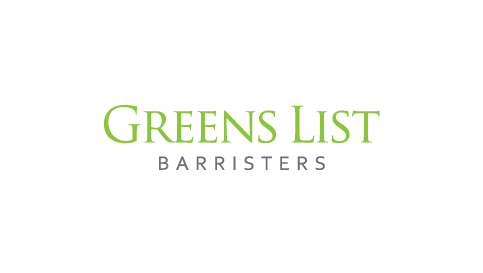